The birth of the video arcade 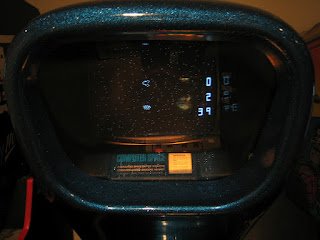 If you believed the first coin-op video game was Nolan Bushnell's Pong, like most people, you'd be wrong. The first arcade game as we know them today was Nolan Bushnell's Computer Space, which preceded its better-known, wood-paneled cousin by a full year. Computer Space was released by Nutting Associates in 1971 and represented an impossible feat of visionary genius. The machine had no microprocessor, no RAM, and by all accounts should not have been possible to bring to market for several years after the fact. (It was also a giant flop.)

If you're talking about the first successful coin-op video game: yeah, that was Pong. Easier to learn, cheaper to produce, and manufactured by Atari, it was released in 1972 and sold over 10,000 units. It sparked a craze that would put video arcades in every town in America. The game itself was just uh, Pong—a rip off of the Magnavox Odyssey Tennis game, but with the novel addition of sound.

Computer Space, both the game and the story of its unlikely birth, are far more interesting. Bushnell's drive to turn his arcade vision into reality is covered in-depth in this Technologizer article: Computer Space and the Dawn of the Arcade Video Game » 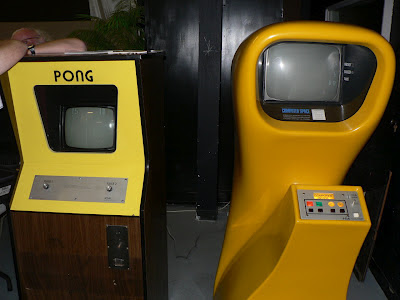 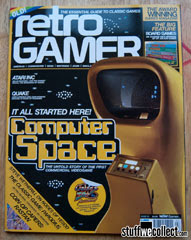 The in-depth Technologizer article linked above was published just 2 months after an in-depth RetroGamer feature on Computer Space hit the shelves, no doubt providing much of the research for the article. Check out RetroGamer issue #93 to support the original investigative journalism.

Or for additional info that won't cost you 5 euros, see ComputerSpaceFan.com for an obsessive array of pictures, minutia, and even a Computer Space sim for PC.