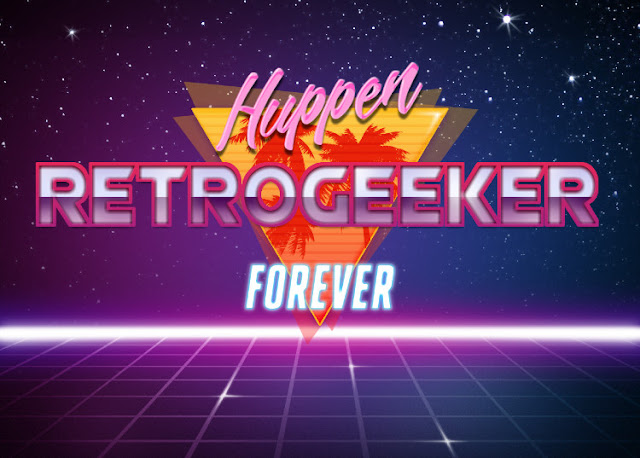 To make your own insanely fun, ridiculous images, play around at photofunia.
Posted by Kato at 9:11 PM No comments:

Kids, it was 1994.
Desert Storm was still fresh on everybody's minds.
The fun Clinton was running the show.
Nirvana was dead and the Spice Girls were just beginning to peek their vacant heads over the horizon.
Oh, and the internet -- most of us were just starting to test out the proverbial e-waters with our digital toes (see what I did there) and just a select few of us were regularly dabbling with a kind of black magic called "email."
Also some guy named Jeff founded a book reselling outfit called Amazon, of all things, but nobody really cared.
Despite the fragile, house-of-cards state of the web at the time, a handful of hippy-engineers from California decided to see just how far they could push this fledgling technology by promoting an event that was likely the first use of the internet to broadcast a live rock-band performance, even though the Rolling Stones would actually do the same thing immediately following it.
Check out the short vid below for a bit of old-school schooling about Severe Tire Damage, the first internet rock-band. Party on, Garth!


LINK
FOR EVEN MORE INFO VISIT THE OFFICIAL (AND SWEETLY RETRO) SEVERE TIRE DAMAGE WEBSITE AT WWW.STD.ORG BY CLICKING HERE
Posted by Marko at 11:57 AM 10 comments: 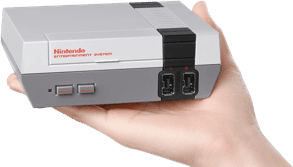 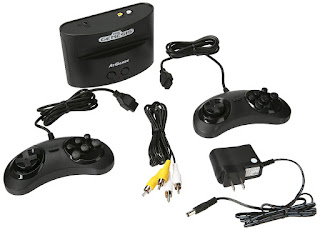 
Review by Lord Karnage
Posted by Kato at 6:20 AM No comments:

Fellow retro geeks, nostalgic nerds and dated dorks, as far as I am concerned, this is the Holy Grail of portable gaming and I've wanted this for as long as I can remember.

It's the friggin' Atari Flashback Portable.

Even as a child back in the Dark Ages, I recognized that technology was getting smaller, faster and cheaper and I often pondered how long it would be before the industry would eventually get to the next logical place and release a hand-held Atari, Colecovision or Intellivision system. I recall spending far too much time in my bedroom sketching and designing what I thought such a system might look like but of course, it was all just a bored kid's fantasy.

Now the good folks at AtGames, who previously brought us a slew of retro machines like the SEGA Classic Gaming Console, the Intellivision Flashback as well as the venerable Atari Flashback, are planning to release the Atari Flashback Portable, first officially licensed hand-held Atari 2600 game system. The unit should be out November 2016 and here's some marketing verbiage from their site:

If AtGames follows their previous pricing from the SEGA Portable, which was updated earlier this year, then the Atari Flashback Portable should be priced around $50. Not too shabby.

The big selling point for me is the built-in SD card slot. In the past, the Flashback consoles have been limited by the built-in games that the producer was able to license for that particular version of the machine. So for example, the Atari Flashback 2 may have had a few more games built into it than the Flashback 1, but it may no longer have included a couple of your favorites due to the ongoing legal challenges of trying to license early computer-game technology from companies that often no longer exist or others who have now grown so large, their licensing fees have become too prohibitive for small companies like AtGames to tackle. Hell, I'm still not sure if there's ever even been a Flashback console released that has included Activision's top-seller, Pitfall, arguably the most popular 2600 game ever made!

But now we finally have a Flashback system with an SD card slot that lets you load up your own downloaded Atari 2600 roms, meaning that you're no longer stuck just playing the same included games over and over again. Better yet, you can most likely fit the entirety of the 2600 library on one inexpensive SD card enabling endless hours of retro-gaming Atari goodness on the go! That, to me, is worth the price of admission.

WATCH THE VIDEO ANNOUNCEMENT FROM "THE NO SWEAR GAMER"

The Art of Atari

As you all pretty much know, when I was just a wee tot living in suburban Wisconsin, milking cows and drinking beer, I spent a lot of cold winters sitting in front of our (alarmingly) warm TV set playing classic Atari games like Missile Command, Adventure and Asteroids. Games that, when played on a home console in 1981, looked pretty much like ass. The graphics, as some of you will recall, were embarrassingly simple -- one game's soccer ball was another game's ICBM missile. The sound of an explosion in a space shooter might double as the sound of a crowd cheering on a football team. What I'm getting at here folks is that the narrative power of these 2-kilobyte game programs was extremely, extremely limited, so we had to actually use our own imaginations while playing our video games back then. Which, ironically, was something that I think was lost on many parents of the time, as they often lashed out against this wicked new video-technology that would most assuredly eat their children's souls and melt their brains.
But how do you market and sell a game that contains only a dot, a line and a wall of bricks to millions of sweaty, greasy teenage kids who can't wait to hop into their station wagons and cruise on over to Kay Bee Toys to pick up the latest radical game cartridge?

Nope, not what you're thinking about at all when you're eight years old and spinning a paddle in your hand -- sorry, that sounded weird. But believe it or not, this approach ended up working well for Atari and having been initially run by a bunch of stoners and hippies anyway, they were very up on the idea of dedicating a fair amount of cash and resources to art and design right from the start.

So wouldn't you know it, some forty-odd years later and long after the original company imploded, someone has finally put together a book chronicling this hitherto overlooked aspect of our favorite video game behemoth, and it's available today in hardback.

Penned by Chicago-based designer, Tim Lapetino, The Art of Atari gives the reader a comprehensive overview of the various design initiatives employed by Atari over the course of its entire history and reveals the stories behind them as well.

From the official site:

"THE ART OF ATARI is the first official collection of such artwork. Sourced from private collections worldwide, this book spans over 40 years of the company’s unique illustrations used in packaging, advertisements, catalogs, and more.

Includes a comprehensive retrospective collecting game production and concept artwork, photos, marketing art, with insight from key people involved in Atari’s rich history, and behind-the-scenes details on how dozens of games featured within were conceived, illustrated, approved (or rejected), and brought to life!"

Pick up your copy for only $39.99 from their site by clicking the link below!