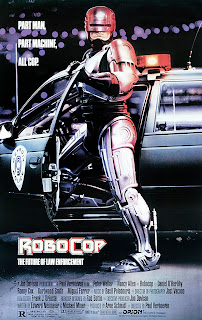 In 1987, Dutch-born director Paul Verhoeven (Total Recall, Basic Instinct) bestowed upon us a brand of American hero that until then had been largely absent from the genre of action-oriented science-fiction, well at least since the cancellation of the Six Million Dollar Man. His name was RoboCop and he was a freakin' cyborg. And cyborgs are cool. Continuing a trend that had begun with other sci-fi films of the 80s such as Bladerunner, RoboCop was set in a violent dystopian future where urban congestion and corporate omnipotence had all but smothered the spirits of the downtrodden populace, hmm sounds a bit like 2012. Well here we are 25 years later and the powers of Hollywood have decided that it's time for a reboot (at least that's longer than they gave Spiderman). Helmed by Brazillian director, Jose Padilha, the new and presumably improved RoboCop will begin shooting this fall featuring a fresh new cast and state-of-the-art CGI effects, which I assume means no claymation. Not much is known yet about the project other than that it will feature some pretty big Hollywood names like Gary Oldman, Samuel L. Jackson and Hugh Laurie, and while that does sound promising, leading actor Joel Kinneman, who plays officer Murphy, has already been quoted as saying that the film's tone will be closer to that of the Dark Knight than to that of the original, "more campy" RoboCop - and that right there gives me pause. Frankly, I get a little worried whenever that increasingly overused comparison is made as it tends to set the film up for failure from the start. Plus, it's 2012, the Dark Knight came out in 2008 for crying out loud! You're supposed to say that it's "better than The Avengers," if you want people to plunk down hard-earned clams to see your crappy flick. Sheesh!

You can check out the first viral video from the upcoming blockbuster below. It's just enough to whet your appetite, though.