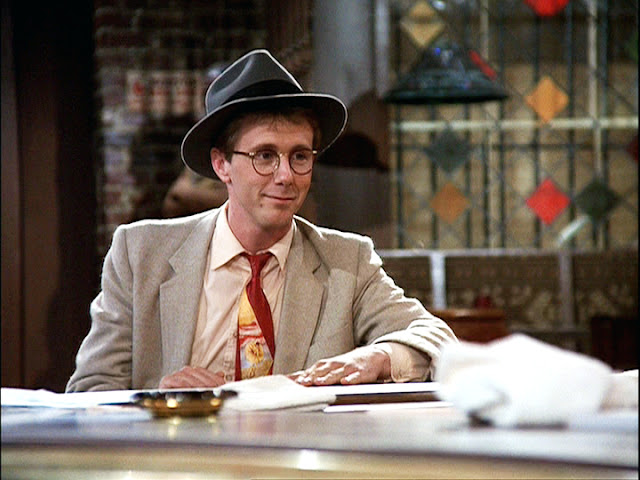 While traversing the realms of magic, comedy and retro-hipness in the early 80s, one would be hard-pressed not to find magician/comedian/retro-hipster Harry Anderson sharing your cab a time or two. The multi-talented entertainer and self-professed Mel Tormé fan sporadically appeared as con man Harry the Hat on the long-running sitcom "Cheers" during its first few seasons and regularly on NBC's Saturday Night Live as a guest before taking a permanent role as Judge Harold T. Stone on the Emmy-award winning series, Night Court (1984-1992). While Anderson eventually went on to take the lead in yet another sitcom, the much more subdued and conventional Dave's World from 1993 to 1997, it was those unbridled early live appearances on SNL that cemented the name Harry Anderson into the collective mind of the American television-viewing audience. Probably the most memorable "bit" he performed on SNL, and featured in the video below, is that of his now-famous "needle through the arm" trick. A trick so famous, in fact, that you can buy it HERE. In it, Anderson begins with a short explanation of an alternate definition for the word "geek" and from there goes into his typical non-chalant delivery whist proceeding to  jab metal into his, well, arm. Back in the 80s this kind of stuff might have made some folks squeamish, but considering this post-Jim Rose freakshow of a world we live in I'm pretty sure you guys can take it. Enjoy.