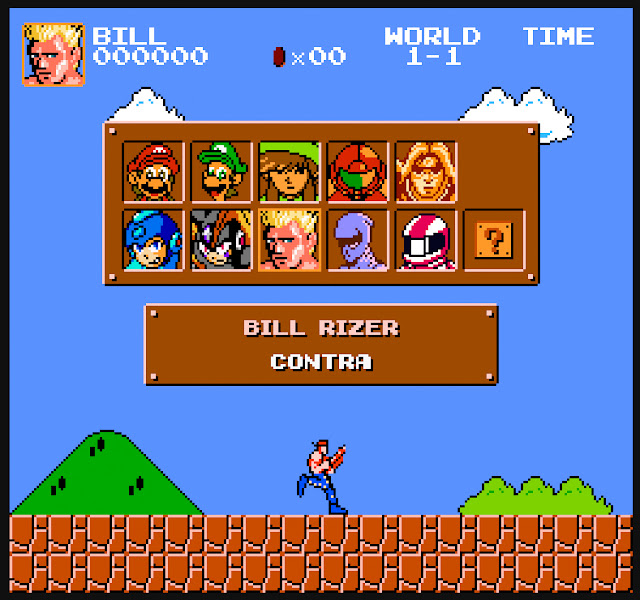 Mario. The very name conjures up memories of me sitting cross-legged for hours in front of an aging Zenith chugging cans of Coke while my thumbs went numb from relentless button-mashing and my brain formed tiny little dents from the incessant repetition of the Mario theme song. Good times, good times. Well for those of you who also share a kinship with the NES and its unique franchise of video game characters like Link, Mega Man and, of course, Mario, there's now a way to get all of your Nintendo jollies in one place. "Where" you ask? Why right here on the internet, of course! Head on over to Exploding Rabbit and try your hand at Super Mario Bros. Crossover 2.0, a complete rewrite of the original Super Mario Bros. game, but with the very special option to play not just as Mario, but as one of your favorite classic NES-game characters like Samus from Metroid, Simon from Castlevania or even that dude from Ninja Gaiden. Whichever one you decide to play also features the powers of that particular character, so for instance, if you play as the Contra guy, you can use your rifle to blow away Goombas and pick up coins. What more can I say? Go check it out!
Posted by Marko at 12:16 AM