An Even Longer Time Ago... 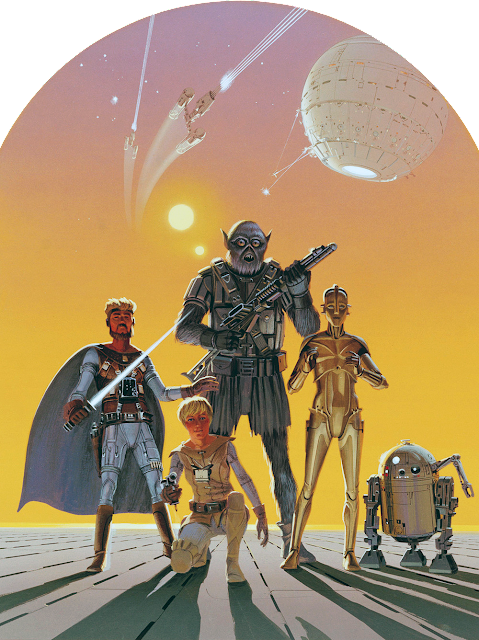 Back in 1974, a young George Lucas, who was still feeling the high from his Best Director nomination for 1973's American Graffiti, had just completed his first draft of a film about space knights and starships called The Star Wars. You know how the story goes, Kane Starkiller and his sons Deak and Annikin all live on the fourth moon of Utapau but after a Sith Knight attack, they escape their self-imposed exile and return to their home world of Aquilae where the wise King Kayos and Queen Breha rule the galaxy. OK so that's not the Star Wars most people know, but it is the story featured in Lucas' first draft of what would eventually become Star Wars Episode IV: A New Hope, which we all know is really just called Star Wars. In fact, if you refer to the original trilogy by their correct titles, Star Wars, The Empire Strikes Back and Return of the Jedi, thereby excising the Roman numerals, you can then neatly ignore the F**KING AWFUL prequel series and you're back to just episodes one, two and three. No Jar Jar...no J.J...just the classics. Wow, sorry for the rant. So anyway, Dark Horse Comics, known for having produced the Alien Vs. Predator series, which also lead to two F**KING AWFUL movies, just released the first comic books, sorry graphic novels, from their adaptation of the 1974 Star Wars rough draft. I've read the first book already and the differences are notable. It's an interesting story with a lot more talky talky than the original trilogy. In fact, it sort of resembles the prequels and…crap. Oh well, I'm enjoying it so far. Check out the video I lifted from an NBC affiliate, it explains everything nicely from the point of view of people who don't know jack about what they're reporting on.