The Empire Strikes Back Uncut 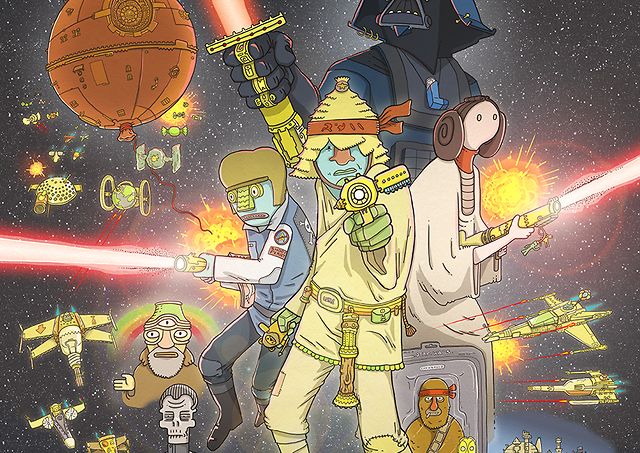 A few years ago you may remember a little thing called the Star Wars Uncut project, which brought together amateur film makers from all over the world in an attempt to re-make the classic 1977 screen gem in little bits and pieces. After having chopped up the film into 15 second segments, fans were then invited by the producers to claim a piece and recreate it in anyway imaginable. Some folks used action figures, some acted the parts out in costume, some used crude animations. Once the 473 individual videos had been collected, the producers spliced together the various parts, added sound effects and music and the rest is history (you can watch the watch the entire film at the end of this post). Now, some two years after the successful premiere of Episode IV (or "Star Wars" as those of us over the age of 30 like to call it), the same group responsible has put out the call for their next project: The Empire Strikes Back (or "Episode V" for non-retros). You can head on over to www.starwarsuncut.com/empire to claim your scene and test your hand at low-budget movie-making, but you'd better hurry as there are just a few scenes left to choose from, and while your submission make it, its inclusion in the final film is not guaranteed since a number of applicants will be allowed to take a stab at any one scene. May the farce be with you.

CLICK HERE TO VISIT STARWARS UNCUT: THE EMPIRE STRIKES BACK