Well it's time to flip the calendar again as 2014 is nearly upon us. For my final post of the year, I'm harking back to 1978, the year my family came back to the U.S. and in my opinion, the best year ever next to 1982 (Joust, Q*Bert and Ms.Pac-Man) and maybe 1987 (Star Trek: The Next Generation). The following print ad touting Alka-Selzter's hangover-fighting abilities is from a time when people were much more open about inebriation and intoxication. The children of the 60s had grown up, they were now in power and were continuing to pursue their dreams of, as Austin Powers put it, "having unprotected sex with many anonymous partners, while experimenting with mind expanding drugs in a consequence free environment." Of course then Nancy Reagan and Mr. T came along in the 80s and shut the whole damned party down. So enjoy this little nugget from a simpler time and perhaps you too can avoid the dreaded New Year's Day hangover. 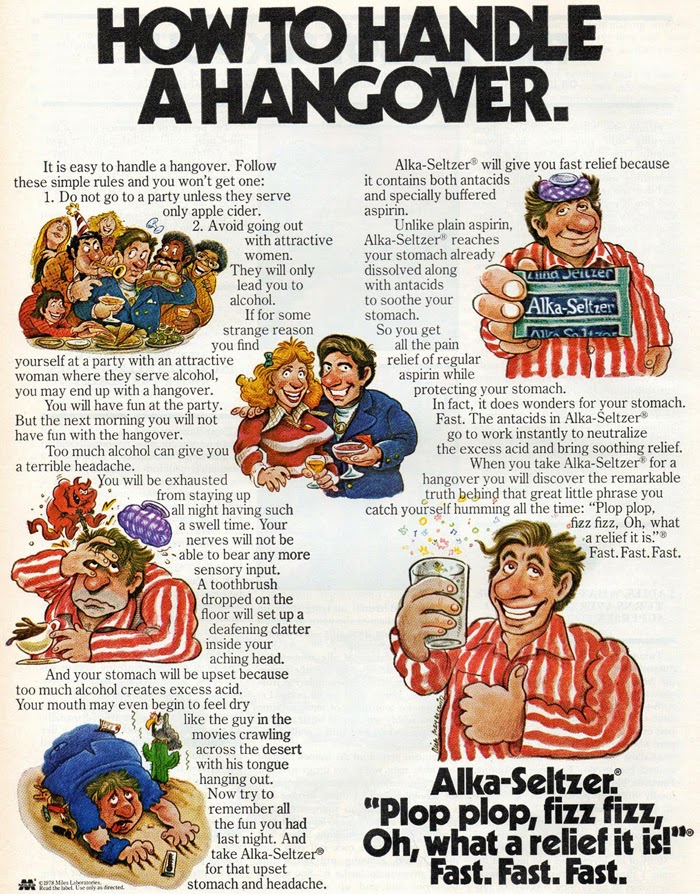