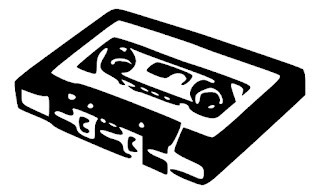 Since the dawn of history, not to be confused with the dawn of time, but the time at which humans first began to record their exploits and discoveries, the struggle for new and better mediums on which to store our intangible intellectual properties has been ongoing and unrelenting. While the uncovering of ancient ruins has proved that pictures and words chiseled directly into rock most definitely stand the test of time, it doesn't take a rocket-dentist to reveal the staggering un-portability that plagues of this sort of information technology. Thanks to the intelligence fostered by the development of opposable thumbs, it only took us 6,000 years or so to reach a time where our mastery of modern manufacturing and adeptness at electrical alchemy have advanced us to the point where we can now tuck several full-length novels, or movies or even a lifetime's worth of photographs, right into our pockets. But the path toward easily manageable mass storage is littered with the remnants of past attempts and while we have all begun to move on to this damned new-fangled cloud, it is imperative that we the retrogeeks maintain, for posterity's sake, the grand and sometimes awkward history of portable storage. With that I give you the Lost Formats Preservation Society.